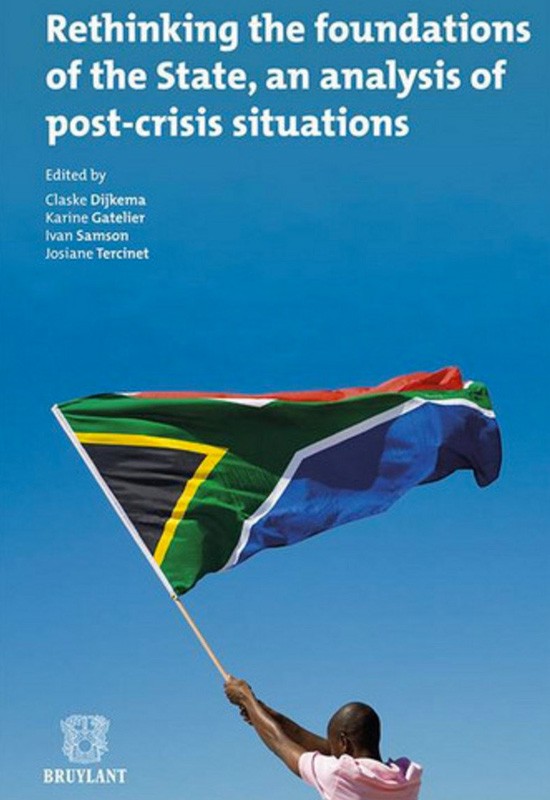 Rethinking the Foundations of the State

Consensus is growing that the application of the western model of the Nation-State in post-crisis contexts is problematic. Rather than on methods of State reform or State-building, the focus of this volume is on the model of the State and its transformation.

While international and national actors are undoubtedly the major players in State formation, they are not the only actors in this process. Local and regional actors at the sub-State level have received much less attention, but are central players in forming or re-forming governance structures. The authorities that take over when States fail, and ultimately collapse, include the conflicting parties such as military faction leaders; remnants of the former State administration; revitalized traditional authorities; religious courts; and local businessmen. These actors will continue or begin to exercise authority as « functional equivalents » of State structures, for example in the sectors of security and social services, and at times will aspire to replace the State.

Civil conflict fragments State power away from the center and benefits private actors such as political, military, religious, social leaders on the basis of sub-national communities. At the regional or international levels, the presence of cross-border identities (be it of an ethnic, religious, linguistic or other nature) may represent further competition for the State and can increase interference in State affairs, for example through military interference or diaspora support from outside State borders.

The concept of ‘transformation’ is used rather than ‘reform’ to describe the changes a post-crisis State goes through. The ‘trans’ in transformation implies that the form a State takes can go beyond the pre-existent State and that this is in many ways is an involuntary process.

This volume attempts to rethink the foundation of post-crisis States. The different authors deal with the rise of “parallel”, “alternative” or “hybrid” systems that present an adaptation in response to the prolonged absence of central government. This form of governance is driven by the evolving role of coalitions, business groups, traditional authorities, and civic groups. Moreover, one can observe new forms and new places for the expression of citizenship and for the shaping of the political scene.

These cookies are strictly necessary to provide you with services available through our website and to use some of its features.

Because these cookies are strictly necessary to deliver the website, refuseing them will have impact how our site functions. You always can block or delete cookies by changing your browser settings and force blocking all cookies on this website. But this will always prompt you to accept/refuse cookies when revisiting our site.

We fully respect if you want to refuse cookies but to avoid asking you again and again kindly allow us to store a cookie for that. You are free to opt out any time or opt in for other cookies to get a better experience. If you refuse cookies we will remove all set cookies in our domain.

We provide you with a list of stored cookies on your computer in our domain so you can check what we stored. Due to security reasons we are not able to show or modify cookies from other domains. You can check these in your browser security settings.

We also use different external services like Google Webfonts, Google Maps, and external Video providers. Since these providers may collect personal data like your IP address we allow you to block them here. Please be aware that this might heavily reduce the functionality and appearance of our site. Changes will take effect once you reload the page.